With 1500 people, including 900 in Helsinki and 600 in Embassies abroad, the Ministry’s partnership with Cloudia has served to centralise their procurement process into one efficient shared system.

Before shifting to Cloudia Sourcing, the Ministry for Foreign Affairs of Finland did their procurement with word documents, e-mails, and even paper.

“We had a lot of templates and manuals, thick manuals!” recalls Procurement Specialist, Vesa Leino, “and our processes and information were too scattered.”

Now, the Ministry procurement function has everything together in one efficient shared system, with easy access to all documents related to each procurement project, and all archived securely. This is important when it comes to auditing the documents or if certain people need access to classified information. “Furthermore, if I define something as classified, it stays classified,” says Leino.

There is also a place for publicly-shared documents. As a civil service organisation, the Foreign Ministry sometimes faces market court of appeal cases or is called upon by the media or members of the public to show transparency around how certain tender processes unfolded. “Now we can get easy access to all the relevant documents without using weeks down in our dusty archives.”

With an annual procurement budget of nearly 200 million euros, time and cost efficiency are important benefits that the tool brings. Of the total budget, Leino estimates 40 to 50 million euro is for development assistant and travel services, while most of the remainder is for city services and commercial supplies, which are procured through Cloudia Sourcing.

“The whole process saves time. The tool has guidelines for carrying out tenders so it saves time from advising colleagues internally on what to do; it saves time from carrying out the actual tendering process; it even saves time for our suppliers in responding to tenders. That makes my day-to-day work processes faster and I can rely on everyone using the same templates and having the latest data, and that everything is reachable afterwards,” says Leino. “In a semi-centralised system, the worst case is when someone creates their own template for invitation to tender, or uses an old version from their files.”

Cloudia was chosen through an EU-wide competition

Cloudia’s sourcing software was selected from right across the EU by the Foreign Ministry, using a normal competitive bidding process for ministries and for the Finnish government. Leino cites the main factor behind the choice of Cloudia Sourcing as its usability and structured approach to documentation, linked to official EU notifications.

“For example, when I’m filling the fields in the software, they come in directly in the right order and the right format that the EU requires,” Leino explains.

This is an important differentiator for Cloudia’s software, in that it’s not only based on national Finnish standards but on EU directives, and can therefore be used in all countries that follow EU legislation. Leino sees this as a strong selling point, which he has also shared with other government agencies.

Software works well in all procedures

As a case in point, Leino recounts a negotiation procedure where they were looking for one global Instagram account administrator. But there were hundreds who could have taken on the role.

“In the first phase we got a lot of interest, but, using the Cloudia’s sourcing tool, we were able to very clearly define our requirements, and as a result, got very quickly down to a manageable shortlist of only three optimum candidates for tenders.”

As Leino puts it, where there is software, problems can occur. But the Cloudia service people always follow up. “Whenever I’ve called Cloudia’s service desk, surprisingly, they always pick up the phone or reply to my email within hours. They’ve solved all my issues very quickly and very well,” says Leino. “And that’s neat!”

In closing, Leino says: “I can certainly recommend Cloudia’s software; it saves time and money. It’s a best-practise software and this is what I am telling other government ministries looking to develop their digital procurement.” 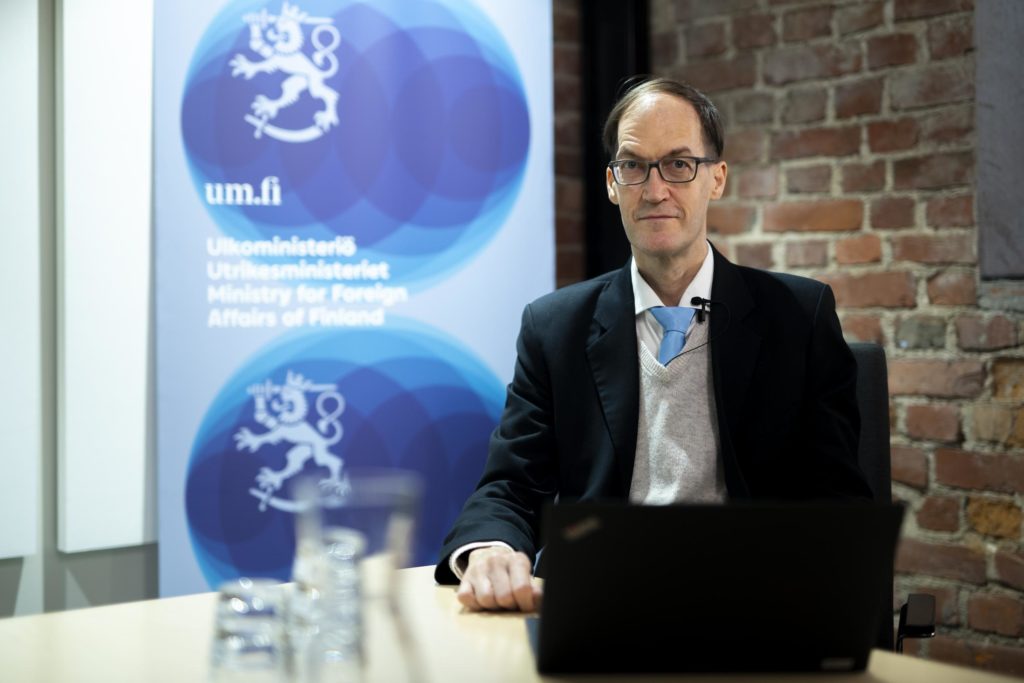 Learn more about our customers! You might also be interested to read the testimonial of Business Finland: Simplified procurement processes for any company looking for growth in global markets!

80 percent of the business conducted by companies is based on contracts. However, contract management also includes huge risks, as…
Read more

Continuous flow of information provides more and more data to be stored but are we actually utilizing the existing data,…
Read more

CPOstrategy magazine interviewed The Higher Colleges of Technology to discuss their partnership with Cloudia to accelerate digital procurement and transformation.…
Read more

We know that procurement processes can be costly and time-consuming, but they don’t have to be. Our secure and cloud-based…
Read more

Cloudia and Hansel, a central purchasing body for central and local governments in Finland, are further enhancing the digitalisation of…
Read more

What are the practical steps you can take to implement sustainable procurement processes in your organisation? 1 – Identify your…
Read more

Top 5 Barriers to Procurement Digitalization and How to Overcome Them

Procurement is one of the most challenging aspects of running a successful business. Fortunately, it’s one of the areas where great…
Read more

There are many pressing questions related to digitalisation of procurement. We have compiled some answers below to the questions our…
Read more
We use cookies on our website to ensure the best possible user experience. By using this service you agree to our use of cookies. Learn more. I accept
Manage consent

This website uses cookies to improve your experience while you navigate through the website. Out of these, the cookies that are categorized as necessary are stored on your browser as they are essential for the working of basic functionalities of the website. We also use third-party cookies that help us analyze and understand how you use this website. These cookies will be stored in your browser only with your consent. You also have the option to opt-out of these cookies. But opting out of some of these cookies may affect your browsing experience.
Necessary Always Enabled
Necessary cookies are absolutely essential for the website to function properly. This category only includes cookies that ensures basic functionalities and security features of the website. These cookies do not store any personal information.
Non-necessary
Any cookies that may not be particularly necessary for the website to function and is used specifically to collect user personal data via analytics, ads, other embedded contents are termed as non-necessary cookies. It is mandatory to procure user consent prior to running these cookies on your website.
SAVE & ACCEPT